You may well find more comprehensive answers to your question in our Barge Buyers Handbook, available in the shop.

In general, barges have been designed for inland use, i.e. on canals and river navigations.

Most can also handle estuaries and lakes, provided the waters are reasonably protected and care is taken about tides and other currents. Most barges do not have engines powerful enough to make headway against fast flows. 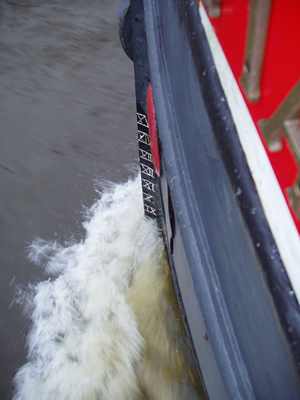 Only a small minority are designed for general seagoing. Barges usually have no keel, and round chines (the corners between the hull's sides and its bottom), so they can roll from side to side alarmingly in waves. Most seagoing barges have sails and lee boards (drop keels, one each side), which reduce this tendency. But by no means all sailing barges are suitable for the sea. Sea barges will usually have stronger hull framing, bows better able to deal with waves, and greater freeboard (the vertical distance between the waterline and the top of the hull), than inland barges.

However, most inland barges can safely go to sea on occasion if necessary. It is quite possible to take one across the English Channel, or for a short coastal journey. But (very important!) only with careful preparation, appropriately skilled crew, the correct equipment, and the right weather. The preparation will probably include packing away everything breakable on board. Crew and equipment requirements are usually covered by legislation.

The barge's insurance will probably be invalid in winds above Force 4 (and it may be very uncomfortable on board in winds lighter than that if the sea is choppy). Close attention to the marine weather forecasts is essential, coupled with the ability to wait in port as long as necessary for a long enough period of suitable weather to appear in the forecast before setting off. Don't try it if you are on a fixed schedule, or unable to control your impatience.

The barge cruising area most people think of first is Europe. However, there is a huge network of canals and navigable rivers in North America, and possibilities in other more exotic regions (such as China) for those who are more daring and diplomatic, and sufficiently funded to get a vessel there.

We will stick with Europe here, though. There are barge waterways in the following countries (at least). 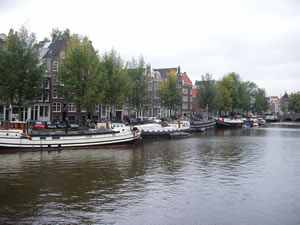 Most of the European waterways are connected into a single network (although a coastal voyage is required to get to Britain, Finland, Ireland, Russia, Sweden, or Ukraine, and there are some separated regional networks such as that in Brittany). However, navigating the Danube (from Austria to the Black Sea) is not a trip to be taken lightly, as it is a relatively untamed river. And there are political problems associated with pleasure cruising in places like Serbia, Russia, and Ukraine.

However, there are thousands of kilometres of waterways in western Europe where cruising with a barge is not too daunting and very enjoyable. Wonderful areas such as Burgundy, the Camargue, and Friesland; famous rivers such as the Seine, the Thames, and Shakespeare's Avon; and many fascinating cities including Amsterdam, Strasbourg, and Vienna can all be visited.

Apart from navigation and political problems, there are other considerations which can govern your cruising range. 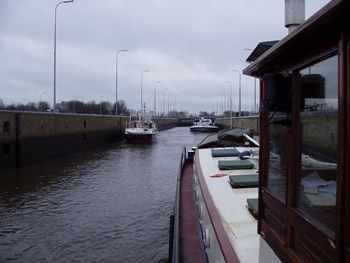 An important limiting factor is the size of the barge concerned. The bigger it is, the fewer navigations it will fit into. Every waterway has a maximum for each of the four dimensions of a barge (length, beam, draft, and air draft), although for a few air draft is unlimited as a result of the provision of movable bridges.

The British and Irish waterways are the smallest, in general, and are not of standard sizes. The maximum length and beam for general use of Ireland's waterways is just under 18.6 m x 4 m. In Britain, the ideal maximum size for a reasonable cruising range is about 21.5 m (shorter in the north) x 3.8 m, although the beam can be increased to just over 4.2 m by sacrificing access to only a few waterways. Draft really should be under 1 m, 1.2 m at the most, and you will require a demountable wheel house to get the air draft down to no more than 2.3 m (2.1 m ideally). Some rivers and larger canals in both countries (e.g. the Shannon, the Thames, and several Yorkshire waterways) will accept craft with larger dimensions.

Elsewhere, a beam up to 5 m will cause few restrictions. The French 'Freycinet' standard lock is nominally 5.09m, though old licks can shrink and old boats can 'spread'. A length up to 30 m is fine, or 38.5 m if you are willing to leave out the Brittany waterways, the Canal du Nivernais, and the Canal du Midi in France.  In Holland there are a number of delightful smaller canals which are linited to 26m length.

Draft up to 1.8 m and air draft up to 3.5 m (best with a demountable wheel house) are theoretically alright, although less is better.

There is a detailed table of waterway gauges in the DBA's "Barge Buyer's Handbook".

Please note, though, that as the dimensions of a barge approach the maximum dimensions the waterway will accept, the skill required of the steerer, and the probability of obstruction (e.g. by a stone behind a lock gate preventing it opening fully) go up rapidly. It is usually advisable to allow some margin.

Finally, many countries require the steerer of barge-size vessels to have formal qualifications. However, although there is some learning involved, these are not that difficult to obtain. DBA can help in this area,  with training and advice. In the DBA Knowledgebase (for members only) there is a useful table showing the general effects of various sizes of boat.